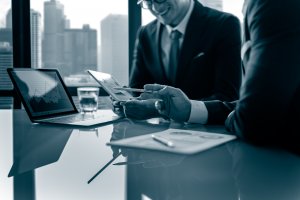 The most important skill of a Chairman is to lead a group of peers to make the right decision for the organisation. A competent leader will do this many times during a Board meeting, revisiting the process of evaluating information, through discussion, asking questions and reaching a resolution – time and time again.

The trait of a Chairman most commonly praised or criticised by Board members is the ability to summarise discussion and express the collective view of the Board. This is described as the Chairman’s ability to bring the group to a consensus.

Occasionally, a Chairman will take a vote on an issue, but this is seen as a course of last resort. A vote may indicate that the Board has a dysfunctional culture or worse, that the Chairman can’t lead. A unanimous decision is seen always to the optimum conclusion of a governing body’s discussion.

The difference between running a meeting and being the leader is broad and often under-appreciated. A good Chairman understands that the role is about grasping the group’s dynamics, as well as the individual motivations of Board members.

Issues such as how the Board is composed, any factions that may exist and the role each Director plays – or roles that they want to play – are aspects of chairmanship that are rarely understood.

But if a good Chairman can monitor these elements of board dynamics, he or she will know how to create a well-functioning, decision-making body. The Chairman will know when to conclude discussion, when to take a vote and when all Board members are in accord.

A good Chairman is often described as being like the conductor of an orchestra. And such a leader will know how to guide a discussion by the principles of tonality, harmony and counterpoint.

Philosopher Sir Karl Popper is helpful here, as much of his work concerns the importance of analysing and evaluating information.

“However happy you may be with a solution, never think if it as final,” Popper says. “There are great solutions, but a final solution does not exist. All our solutions are fallible. We seek for truth, and truth is absolute and objective, and so is falsity. Every solution to a problem opens the way to a still deeper problem.”

If a Chairman wants to lead a Board which is truly seeking to make the right decision, (which after all is the essence of governing), then he or she will need to encourage the Directors to delve deeper into discussion, ask more probing questions and resist agreeing to proposals from Management until all other avenues have been canvassed. For this, Popper is your man.

“The process of learning – of the growth of subjective knowledge – is always fundamentally the same,” Popper says. “This is how we transcend our local and temporal environment by trying to think of circumstances beyond our experience: by trying to find, construct, invent and anticipate new situations and by trying to locate, detect and challenge our prejudices and habitual assumptions.”

If a Board member doesn’t speak against, it isn’t automatically correct to say this person agrees, or even understands. Silence can mean the Director is reflecting on the issues and is still considering a response. This is often the case with Directors of a different cultural background to the majority of their colleagues.

However, a good Chairman will know that everyone will have a different position – or degree of difference - and that the expression of those perspectives will ensure a range of issues will be covered and that therefore, the group will come to a more balanced decision.

As Popper says: “This is how we lift ourselves …. out of the morass of ignorance – how we throw a rope into the air and then climb up it, should it get any purchase, however precarious, on any little twig.”