The Art of Persuasion in the Boardroom 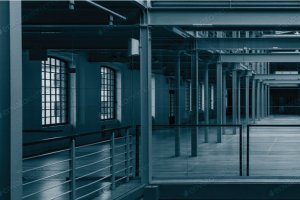 Timing, it is often said, is everything and it is especially true in an argument. An argument is not a fight. In a fight, there is a winner and a loser. In an argument, the participants try to win over the audience by debating ideas, presenting facts, persuading and influencing.

In business, the natural home of the argument is the boardroom. But not all boardrooms practise “robust debate”, a phrase which is often used, but not always demonstrated. In Board Observations where I witness debate as an embedded culture of the Board, I have identified a number of common factors.

Firstly, the Chairman encourages opposing views to be expressed but draws the discussion to a consensus position in the end. In the best of these cases, the Chairman “leads from behind”, letting Directors speak first in order not to influence the direction of the debate simply by dent of having the title, “Chairman”.

The other ingredient of successful boardroom debate is for all the Directors to come to the meeting prepared, having read the Board papers thoroughly, and to have a list of four or five key questions to ask the CEO or the executive team.

But the true essence of a successful boardroom debate is in the timing: choosing the right moment to ask the right question, or the ideal time to inject a pithy comment that lightens the mood, or refocuses the Board back to the matter at hand.

The Ancient Greeks called this kairos, a term meaning timing, or the ability to capture the persuasive moment. The Roman word for kairos was occasio, meaning the art of seizing the occasion.

In his book, Thank You for Arguing, Jay Heinrichs says the right moment is likely to appear when other board members are experiencing uncertainty about the direction of the discussion. This is the crucial moment when minds are beginning to change, signalling a persuadable moment.

In a Board meeting, this is often after everyone else has spoken. If a Director exercises the patience to wait, he or she has the opportunity to restate those comments fellow Board members have made to support their argument, downplay those views they don’t agree with, and sway an uncertain audience to their way of thinking.

But if consensus is unlikely, and it’s not necessary to make the decision immediately, an experienced Chairman will suggest that the Board think about things further and return to make a decision at a later time.

The alternative is to treat the debate as a battle to win. This is not an ideal position to take in the boardroom, but there are occasions where it’s a necessary strategy.

There are two ways to win an argument. This first is to persuade your opponent to admit defeat. The other way is to deliberately lose the argument.

In the boardroom, encouraging others to concede should only occur after a logical, rational argument that also appeals to the emotions of the audience.

The second way - and any parent will know how to do this - is to pretend to lose. Argue against yourself so that your opponents will put forward the opposite argument – which is the side that you want them to agree to.

A knockdown argument is tactically important at times. But be careful to employ this rhetorical device as it rarely works twice.

As the driver told the highway patrolman who pulled him over for speeding:

“My wife’s in labour. I need to get her to the hospital! ASAP!”

“But you are driving all alone, sir,” the policeman said.