The principle of “Yes, and….” in the Boardroom 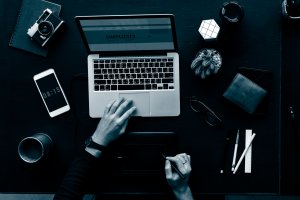 The purpose of improvisational theatre is to tell a story collectively from nothing. In competition, a team of four players is given five seconds’ notice of what the story is about, and a prop which they must use, (a lurid purple quilted dressing gown; a brown leather satchel). The story must be told and drawn to a conclusion in no more than four minutes. The players are judged on three criteria: narrative, entertainment and technique.

A key dramatic element of improvisational theatre is that the players must “accept the offer” in order to be able to tell a story in front of an audience, with a moment’s notice. If the first player, for example, begins a story with an expletive, the team must follow along. In accepting the offer of the swear word, the new player may announce that he is a psychologist and that the first player is his “patient” who has Tourette’s syndrome - a situation I saw occur in a live performance.

John Knowles of Impro Australia told me: “It’s an exercise in trust – you walk out on to the stage and you know that you’ll have something to say and to do because the other players have created something for you.”

Group flow is a concept defined by author Keith Sawyer as “a peak experience; a group performing at its top level of ability”. It is a concept not applied generally to corporate governance and to the way Boards work.

But when group flow is coupled with improvisational theatre, interesting elements emerge for boardroom decision-making. Chairmen can establish the best conditions for “group flow” by encouraging Board members to be autonomous; if a group is strong it can self- organise and restructure itself to accommodate changes and new needs. Importantly, Chairmen should encourage questions to be reframed. The power of a group is in the way it can find new ways to solve a problem.

From improvisational theatre techniques we learn that the players must always “accept the offer” from one another: one player says something, and the next must think, “Yes, and…” and follow on. The second idea is that the leader (Chairman) of a decision-making group (a Board) should not act in the role of leader (Chairman) during the discussion, (at a Board meeting).

Knowles says that a formal leader would be the death knell for a troupe of improvisational actors: “A really good team comprises four good all-rounders – but this is rare. Otherwise you have a group of four specialists; but having four specialists would just be a mess. You don’t want a leader; you want a kick-off specialist”. This is interesting advice for a Chairman looking to facilitate, rather than overly influence, a Board discussion.